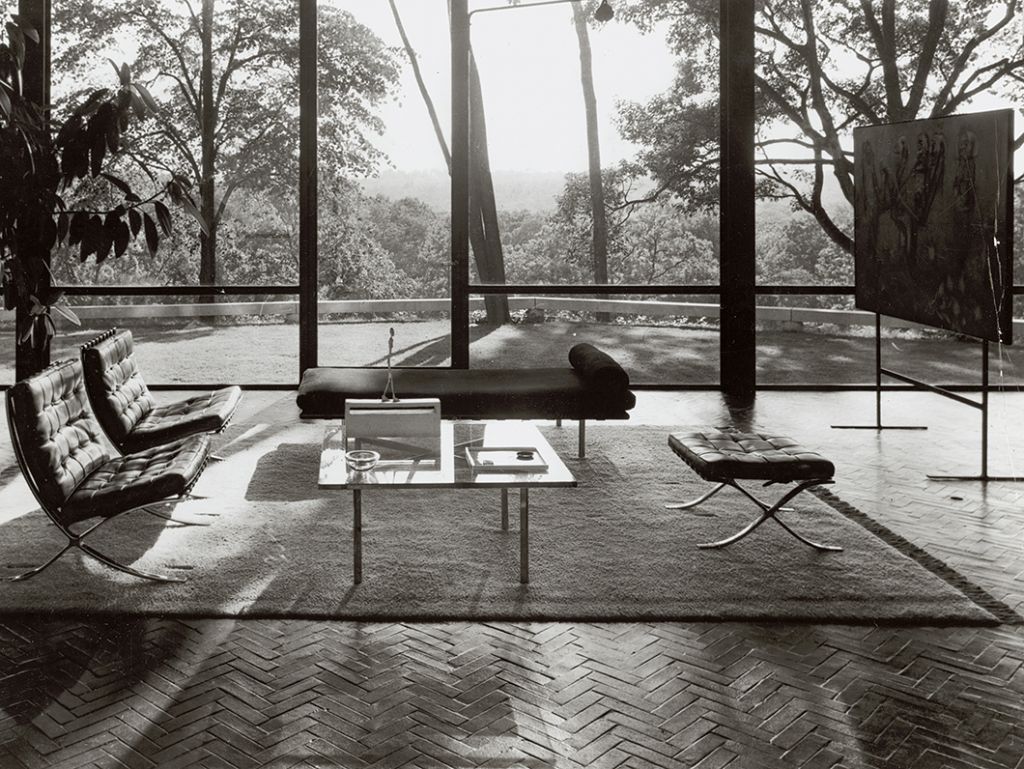 AN ARMCHAIR FOR ... ALL: THE MOST LOVED FURNITURE FROM CONTEMPORARY CINEMA WAS BORN IN 1928

The Barcelona chair by Mies van der Rohe, designed in collaboration with Lilly Reich, who has worked on many projects and whose recognition has not been claimed until the last few decades, was conceived for the German pavilion at the 1929 Exhibition. and simple, it is a pure example of modernity.
In 1929, Barcelona hosted the Universal Exhibition of Arts and Germany commissioned Mies from the German pavilion. Mies succeeded in his vision of a modern building with a free spatial flow, built of glass, steel and four types of marble. However, once the building was created his mind turned to the design of the furniture that would have been contained in it.
The exhibition was a global event, an important Spanish royal family and several representatives of the European government who attended the event. Mies had fully understood the meaning of the occasion.
He knew he had to design had to be an important chair, a very elegant and expensive chair. It had to be monumental.
The Barcelona armchair soon became a status symbol, an icon similar to "the Wassily chair" by Bruers. It was an immediate success thanks to the fluid and timeless design.
This armchair became famous throughout the world over time. Mies redesigned the original chair in 1950, using stainless steel.

Structure: The chair was made by hand at first, given its technical complexity. The lining was in bound leather strips. The nine steel pieces of the skeleton were welded and polished by hand.
Shape: The shape of the chair is very reminiscent of the structure of scissors, with clear references to the folding chairs of ancient Egypt, considered in ancient times a symbol of power, and also the chairs of Roman magistrates. The designer created the Barcelona chair as a "modern throne." It is a piece with simple geometric shapes: rectangles, diagonal, horizontal and vertical lines of the cushions and the cells that form the quilted.

The leather seat, the soft look and its slightly curved shape, make this chair the maximum achievement of the functionalist theories of "form follows function", The apparent coldness of the metal structure is neutralized by the curved lines and by the padded seat in soft, comfortable and elegant leather. Next to the armchair, a footrest was also designed, with the same scissors structure as the armchair and the leather cushion quilted on the seat.

Our re-edition of the "famous" Barcelona armchair, made in Tuscany with high quality materials, honors its inventor Mies ... discover all the details ...

AN ARMCHAIR FOR ... ALL: THE MOST LOVED FURNITURE FROM CONTEMPORARY CINEMA IS 1928

In the cinema the characterists have always been those actors who are required to have a short and apparently marginal role, yet crucial to give the right tone to the film. It can also happen to a piece of furniture. For example, in an armchair: the German Chairdel Mies Van der Rohe appeared discreetly in an impressive amount of blockbusters.

The role he plays is almost always that of an armchair with a welcoming yet elegant and modern air - if not openly futuristic. This is all the more interesting if we consider that it was born in 1928, to be presented at the Barcelona expo the following year.

Probably it was one of the first and best examples of minimalist luxury, like the precept of its inventor, one of the gods of the Bauhaus: "Less is more". Its appearance inspires a hi-tech context, but it is largely hand-crafted, from the leather pads stitched together to the mirror polishing of the structure.

X
Our web services are cookie-based. You accept our policy by visiting our pages. Information OK